Frenger® designed, manufactured, and installed the "World's largest Radiant Chilled Ceiling" system which was revolutionary at the time. Over 175,000m² of radiant chilled ceiling was installed inside the 27-storey Shell Oil headquarters.

The system used the nearby Thames water via secondary heat exchangers to cool the water that circulated on a closed circuit around the Chilled Ceilings within the building.The building was the first fully sealed air conditioned building in Europe, with the installation operating in excess of 50 years, a testament to the integrity of the product and Frenger's design capabilities.

In 2003, Frenger® was the first company to introduce and supply a major project in Australia with Chilled Beam technology.

30 'The Bond' Hickman Road was the landmark project that became Australia's first building to receive a 5 Green Star Rating and utilise the use of Chilled Beams. Frenger's Radiant/Convective Chilled Beams were selected for the building after extensive project testing using Frenger's in-house testing facilities.

The use of Chilled Beams in the building provided enchanced indoor air quality, giving the highest levels of thermal comfort for the health and wellbeing of building occupants, as well as providing a significant reduction in green house gas emissions.

Frenger® supplied the Kamirice flagship commercial building with both Radiant Passive Chilled Beams and Multi-Service Chilled Beams. The building owners has a 20-year story of investing into sustainable technologies.

The 48-year-old tower has become the first existing building in Australia to achieve "WELL Certification" at the Platinum level. Frenger® supplied Chilled Beam technology to provide all tenants with access to outside air ventilation rates at a level 50% greater than the minimum required by Australia standards.

Read our latest news article on the 500 Collins Street to find out more about the multi-award winning project.

Frenger® designed, manufactured, and supplied the world's largest Active Multi-Service Chilled Beam project with over 5000 units in excess of 11km of Active MSCBs being installed inside 55 Baker Street. Frenger® were selected by Blyth and Blyth for the £160 million refurbishment of London & Regionals '55 Baker Street'.

The project was a quick turnaround with the process from intial walkthrough to the completed occupied building taking less than 3 years. The decision to re-use 70% of the existing building helped to achieve this quick turnaround.

The re-use of the original building also helped to significantly reduce the environmental impacts of the project, specifically the reduction in waste and new construction materials. This was the main contributing reason for the project achieving a BREEAM rating of 'excellent'.

Frenger® designed, manufactured, and supplied Australia's first Multi-Service Chilled Beam project with the refurbishment of the Transport House, located in Sydney's central business district. Over 240 MSCBs were shipped over to Sydney to provide the highest quality in thermal comfort for the occupants of the important hertiage listed building.

The Transport House, one of the New South Wales government's oldest commercial buildings, was awarded a 5-Star Green Star rating. Originally opened in 1935, the office building was intended as the railway headquarters, with the building also being awarded the Royal Institute of British Architects medal in 1939.

In 2009, Frenger® supplied the first ever Multi-Service Chilled Beam project (Bidborough House) in the UK in conjunction with Ground Source Heat Pumps.

Still home to Camden Council offices among other residents, the Bidborough House was recently turned into a vaccination centre to provide support to the local Camden community.

Frenger® supplied their Active Chilled Beam technology to over 162 rooms over 5 levels of the hotel, providing guests with the best in thermal comfort as you can expect from the Frenger® brand.

The multi-award winning Sudima Hotel operates the only three carbon neutral hotels, with the hotel also receiving the Environmental initiative award in 2019 to add to its long list of accolades.

In 2011, Frenger® delivered their first Active Chilled Beam project in Africa with the University of Botswana.

Frenger® supplied their Active Chilled Beams to the King Saud Bin Abdul Aziz University in Riyadh, Saudi Arabia. The university is the first public university in the Kingdom of Saudi Arabia and the wider Middle East region to be specialized in health sciences.

In 2012, schools in Trinidad and Tobago recieved Frengers first Radiant Passive shipment in the Caribbean.

Frenger® supplied their Radiant Passive Beams to schools in Barataria and Curepe, providing students and teachers inside the school with the highest levels of thermal comfort, providing them with the best environment to continue their learning in.

Frenger® supplied their Radiant Passive Multi-Service Chilled Beams to Queens Univeristy for the Bernard Crossland Computer Science facility. The four story former concrete-clad building was built in the 1970s, however has since been refurbished and extended into another adjacent building, with the two building being connected via a new glazed link.

Frenger® designed, manufactured, and supplied America's first Multi-Service Chilled Beam project for the Alaska Native Medical Centre in Anchorage, Alaska. The centre, which is only one of two level 2 trauma centres in the state, is part of the Alaska Federal Health Care Access Network.

Connected by a skybridge which serves over 150,000 people per year, the centre also features a 6-storey patient housing facility with over 200 private rooms.

The library was awarded with Project of the Year in 2017 by the KNA Structural Engineers group, as well as the Unique Special Merit Award from the AGC, along with the National Award of Merit from the Design-Build Institute of America.

In 2016, Frenger® supplies award-winning University of Canterbury in New Zealand.

The building, opened by New Zealand's RT Hon Jacinda Ardern, won the 2019 Canterbury Architecture Award due to it being a "bold, confident building which illustrates a social respect for learning and a celebration of education".

In 2016, Bahrain becomes the first Gulf country to be supplied with 'drop down' heat exchanger Chilled Beam technology.

The hospital, located in Al Sayh, Bahrain, has over 1,952 employees over 9 internal wards, including an intensive care unit with a capacity of 12 beds. The King Hamad University Hospital also features fully equipped medical educational facilities with co-operation with the Royal College of Surgeons in Ireland.

The NAIC is a partnership between the University of Warwick, Jaguar Land Rover, and Tata Motors, with an additional £29.5 Million of funding coming from the UK governments UK Research Partnership Investment Fund. The centre has been shortlisted for the RIBA Client of the Year award, shortly after winning regional and national awards.

The building won the 2018 DJC Building of the Year award, as well as being awarded a 2021 AIA COTE (Commitee On The Environment) award for sustainable design excellence. The building uses 'photovoltaics' to capture sunlight allowing the external glazing to reduce thermal gains.

The centre, which was named the Best New Build Office outside Central London at the Office Agents Society (OAS) Development Awards, won the 2019 RIBA London Award for architectural excellence and sustainability, with the Frenger supplied project helping to cut the council's carbon footprint by over two-thirds.

Frenger® supplied the Zayed Centre for Research into Rare Disease in Children with X-Wing Radiant Passive Chilled Beams. The centre is used to drive new tests, treatments, and cures for children with rare and complex diseases from lab bench to bedside.

The project has a long list of accodlades including a BREEAM 'Excellent' certification, an award for Health and Life Sciences Research, and the 2021 Royal Institute of British Architects (RIBA) London Award. The centre was also recently nominated by the 2021 Architects Journal Architecture Awards in the Health and Wellbeing cateogry.

In November 2020, the project was announced as the regional winner of the Workplace Fitout of the Year Award from the British Council for Offices (BCO). The use of Frenger's Radiant Passive Chilled Beams not only provided energy-efficient cooling to the project, but also delivered an excellent indoor climate environment, which was essential for employee health and wellbeing.

END_OF_DOCUMENT_TOKEN_TO_BE_REPLACED

Frenger Systems® are specialists in bespoke cooling and heating solutions in various settings including offices, Hospitals, residential homes, and Prisons. To see more about the projects Frenger® have supplied internationally, view our projects page by clicking the button below. 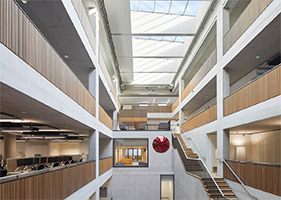 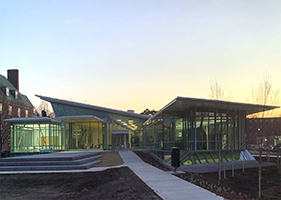 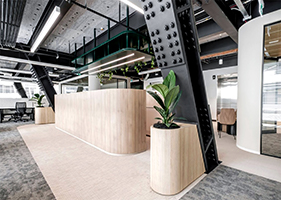 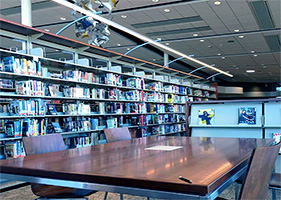 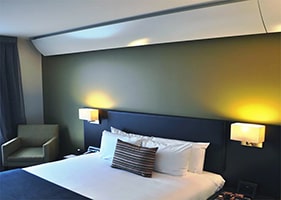 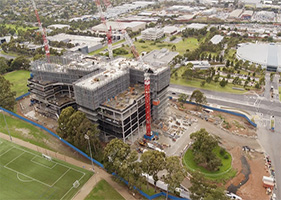 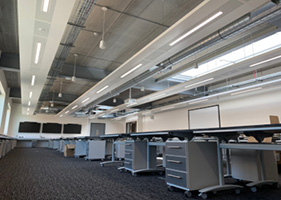 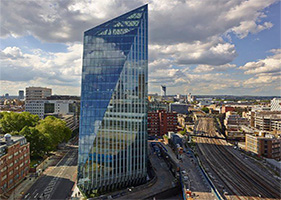 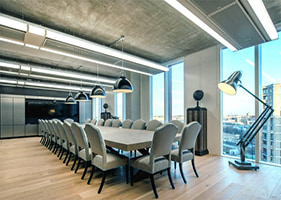