Lambeth Civic Centre is a brand new, £45 million property which consists of 11,000m2 of Grade A office space across 6 storeys. The use of Frenger's Multi-Service Chilled Beams helped the building achieve a BREEAM rating of 'Excellent' due to their energy efficiency.

The professional teams that are responsible for this prestigious project consists of Cartwright Packard Architects, Chapman BDSP Consulting Engineers and was constructed by Morgan Sindall and NG Bailey.

Ian Smith, Associate of Chapman BDSP explained that the building achieved a BREEAM 'Excellent' rating through the design and installation of energy efficient building services systems throughout the property. Lambeth Civic Centre features an energy centre on the roof which comprises of district heating and cooling networks that serve the Civic Centre and other buildings that make up the overall site redevelopment.

Smith also explained that the Lambeth Civic Centre's development was driven by the council's ambition to provide a modern, energy efficient workspace while also increasing public access and community use. The new property has created over 11,000m2 of new workspace for Lambeth Council - reducing the number of the council's core office buildings from 14 to 2. The building is an open plan office featuring a central atrium, various meeting rooms and cellular offices.

"Frenger were proud to be selected by the team to assist with the design of prefabricated units incorporating cooling, heating, lighting, fresh air delivery and controls in the form of Multi-Service Chilled Beam units to speed the construction program whilst satisfying the aspirations of the Architects and the needs of the M&E consultants Chapman BDSP."

The project had limited space/locations for the service risers and bulkheads. To achieve adequate distribution of fresh air over the floor space, the design team and Frenger utilised long runs of Multi-Service Chilled Beams (MSCB's) with the fresh air connected in series, this effectively made the MSCB's air chambers the distribution ductwork, which not only saved on ductwork but also provided superior aesthetics.

Because the long MSCB runs serve large open areas, the Chilled Beams had to be designed to accommodate higher than normal fresh air volumes of up to 150 l/s per MSCB run. Given that the project didn't have enough space, or the available budget for the individual dampers to be fitted between individual MSCB's, Frenger utilised its unique patent protected Burst Nozzle design to ensure that each MSCB was able to deliver the correct fresh air volumes for each specific control zone (based on 12 l/s/person with 1 person per 10m2) based upon the available upstream static pressure.

To ensure each MSCB section would deliver the correct fresh air volumes, Frenger physically tested the proposed MSCB series connection air chambers within one of its BSRIA calibrated Microclimate Laboratories at their Head Office based in the UK. This testing confirmed the relationships between air supply volumes and static pressure loss, therefore ensuring that the MSCB's connected in series would self-balance and deliver the correct fresh air volumes.

Within the property, there were a few small areas where a special solution was required due to space constraints that prevented supply air ducts to be routed at high level. This required Frenger to utilise their Radiant Passive MSCB units to provide the water driven cooling, heating and lighting without fresh air delivery while also complimenting the aesthetics of the other MSCB units fitted throughout the rest of the building.

To further simplify the MSCB installation, Frenger designed the Chilled Beam cooling and heating circuits to be self-balancing. The MSCBS's located in each zone had cooling and heating circuits connected in parallel with no individual commissioning valves required to regulate flowrates. In order to achieve this, Frenger utilised several specifically design heat exchanger coil manifolds to control the waterside hydraulic pressure (pressure drop) at the given design mass flowrates.

Although the MSCB design, scheduling and manufacturing was difficult due to the combined permutations of the airside connections in series and waterside circuit connected in parallel, the overall outcome of the project was advantageous. The scheme not only provided significant financial savings for a reduction in ductwork, dampers, controls and commissioning valves, it also saved considerable site labour time associated with the installation and commissioning, plus lower lifecycle costs given the reduction of controls and associated routine maintenance.

"With an open plan office environment, the Civic Centre strategy used a low-running cost and low-maintenance Multi-Service Chilled Beams to provide heating, cooling, fresh air and lighting which was attractive to the client. Meeting rooms and cellular offices were provided with ceiling integrated chilled beams to allow for individual control. The use of Chilled Beams throughout allowed for the maximisation of floor-to-floor heights and provided flexibility for future partitioning of cellular rooms."

Smith also explained that blended Low Temperate Hot Water (LTHW) and Chilled Water (CHW) circuits from the energy centre, as well as tempered fresh air, is distributed around the building via dedicated risers and routed to Chilled Beams via high level distribution bulkheads on floor. LED lighting was specified for the Chilled Beams to reduce energy demand as well as limiting the heat gains to 8W/m2.

One challenge was to ensure that the fresh air supplied by dedicated AHUs, did not present a risk of condensation when used in conjunction with the Chilled Beam system. Frenger Systems, Chapman BDSP and AHS, the AHU manufacturer, formed a coordinated design to ensure the risk was negated by supplying air at 18°C and 45% R.H.

Smith concluded with "Ultimately the use of the Multi-Service Chilled Beams was a success, providing an integrated, multi-disciplinary solution. The Civic Centre has been operational and open to the public for 12 months with building services operating successfully." 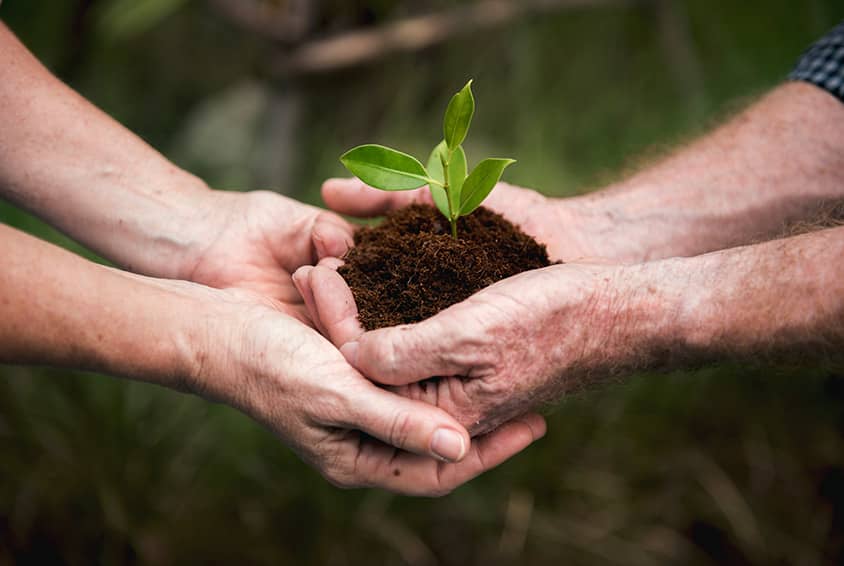 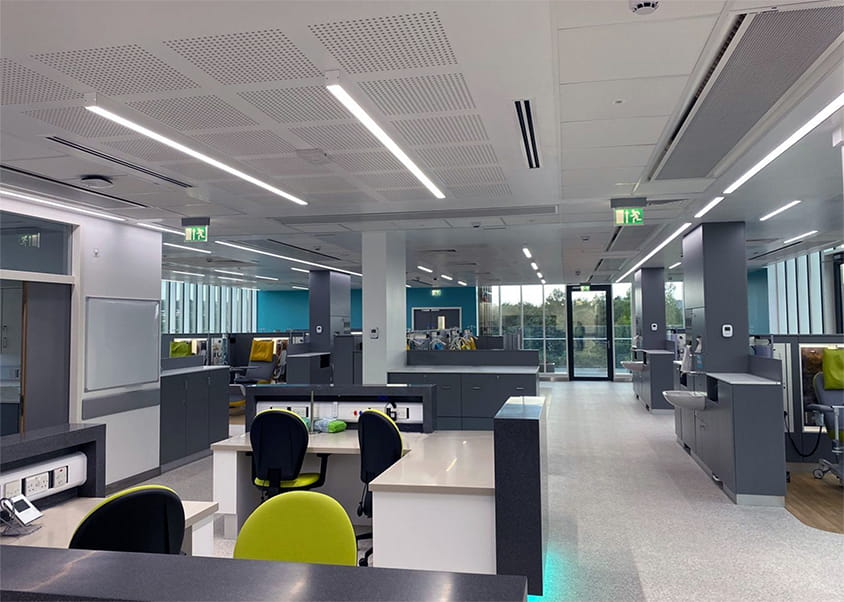 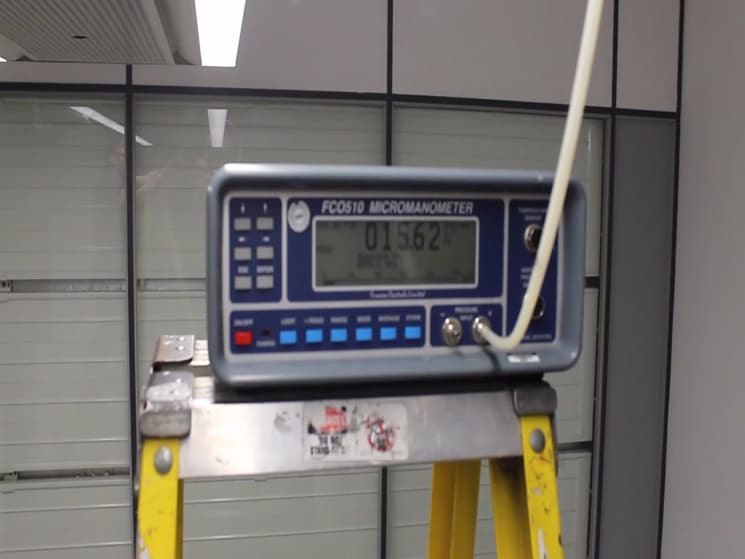